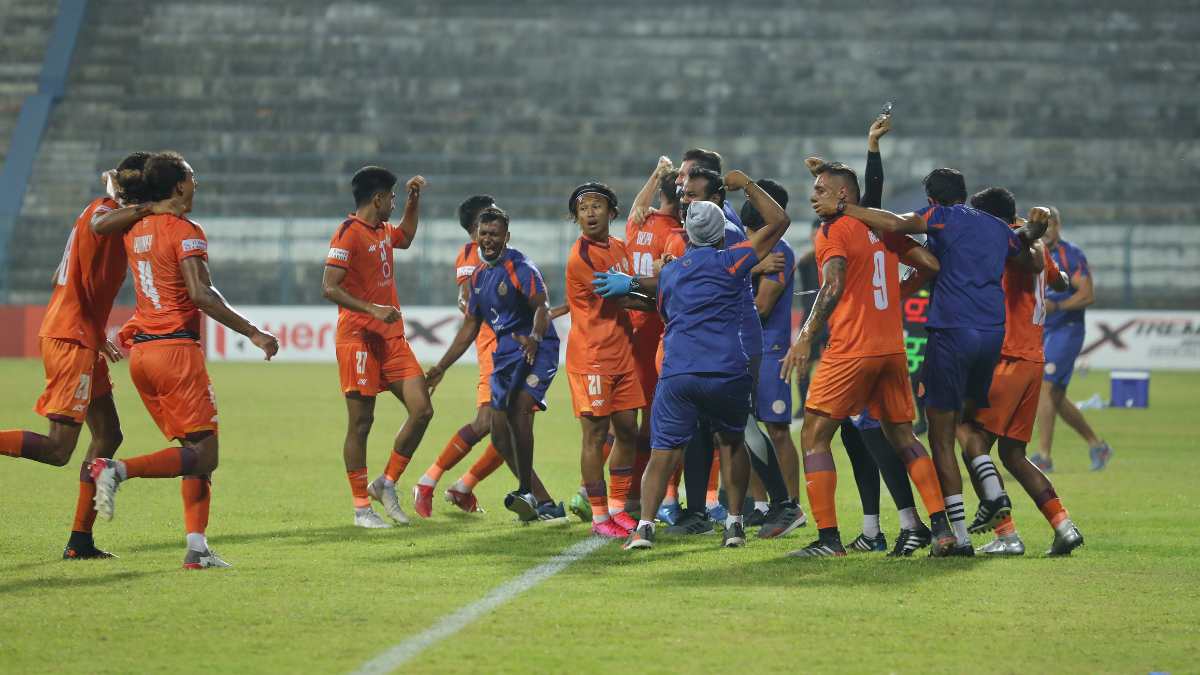 One of this season’s unbeaten teams RoundGlass Punjab FC will meet newcomers Sreenidi Deccan FC in Gameweek 5 at the Kalyani Stadium on March 15th, at 4:30 PM.

On Friday, the North Indian side staged a dramatic late comeback in their 4-3 win over Aizawl to take their season’s tally to 10 points after four games. Kurtis Guthrie has scored half of Punjab’s dozen goals so far.

Coach Westwood, however, doesn’t believe his side are too dependent on a single player. “We’re averaging three goals per game and our goalscoring is quite functional at the moment. We’ve had seven different goalscorers, which is a good return across four games.”

Defender Bikash Yumnam was handed the captain’s armband during the game against Aizawl and also headed in the winning goal in the dying minutes. “Being named captain was a pleasant surprise to me. Scoring the winning goal was a really special moment,” said the 18-year-old.

Going into the match against Sreenidi, Westwood shrugged off any claims of RoundGlass Punjab being favourites. “If we look at the Aizawl match, they were the better side against us for a long period of time and they’re at the bottom of the league. We’ll have a tough game against Sreenidi tomorrow, They’ve had some good games so far and are one of our rivals contesting for the championship round.”

Sreenidi Deccan have four points in as many matches and snatched a late 1-1 draw against Real Kashmir last time out, thanks to a sensational strike from Fredsan Marshall.

“With every game, we’re improving our performances. The players have shown a good attitude and mentality. I think we can beat any team in the I-League,” said Sreenidi coach Fernando Santiago Varela.

Colombian striker David Castañeda is Sreenidi’s top-scorer with four goals, but Varela is least concerned about who gets his name on the scoresheet. “We just want to win the game. It doesn’t matter who scores. Scoring is about finishing the chances we create. Against a deep defending team like Real Kashmir, we created many chances.”

Sreenidi are yet to keep a clean sheet this season, however, goalkeeper Shibinraj Kunniyil isn’t disappointed about it. “Scoring and conceding goals is a part of the game. I’m happy with my teammates because they didn’t give up until the last minute. Even after conceding, we equalised in added time. I’m proud of the character shown by the team.”