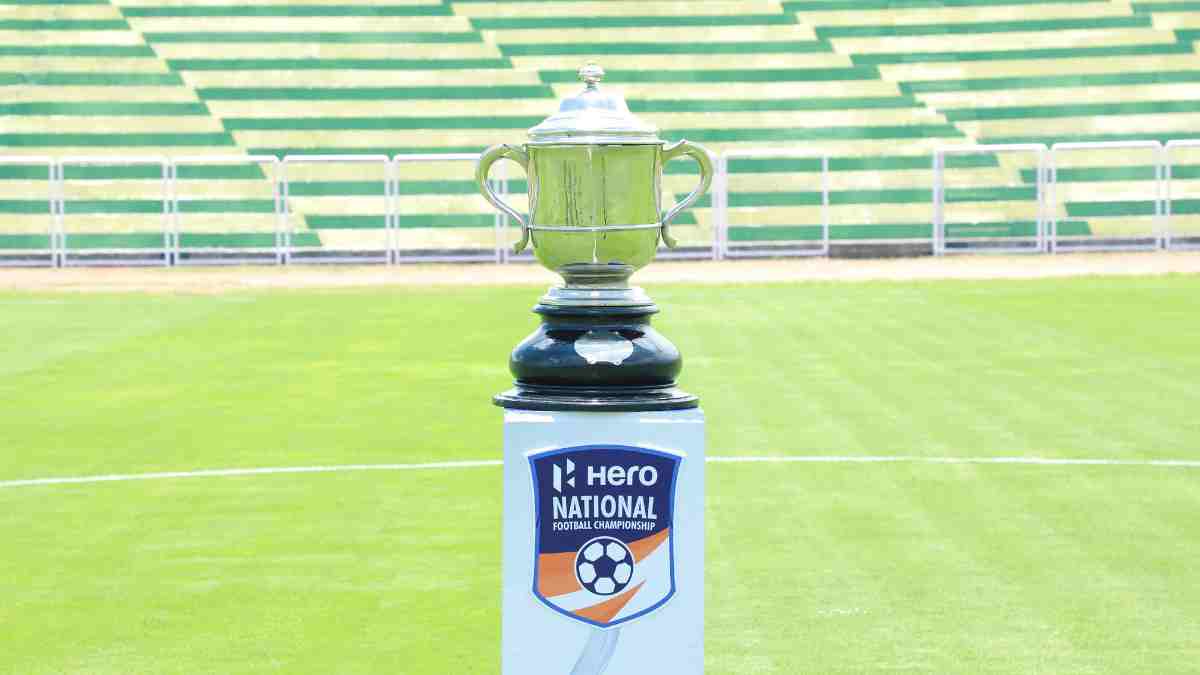 MALAPPURAM: The Hero 75th National Football Championship for Santosh Trophy is set to begin on Saturday, April 16, 2022 with Group A fixture in which West Bengal will face off against Punjab at the Kottappadi Football Stadium, in Malappuram, Kerala at 0930 hrs.

The prestigious tournament is returning after a span of two years, and will see participation of a total of 10 teams, who all have been divided in two groups of five teams each. The top two teams from each group will proceed to the semi-finals, which will take place on April 28 and April 29.

Speaking ahead of the opening encounter at a press conference on Friday, West Bengal Head Coach Ranjan Bhattacherjee, said: “We are glad to return to compete again for the iconic Santosh Trophy. The tournament is making a return after two years of pandemic with the remarkable efforts from the AIFF and with the support of the Government of Kerala. We hope to perform to the best of our abilities as the tournament progresses and will give our best to win the title.”

West Bengal Captain Monotosh Chakladar added: “We are having good practice sessions. We have really enjoyed playing against each other in the camp and we are ready to play again. We have come here to perform. We will look to win each game step-by-step and will be looking to win the trophy.”

The Punjab Coach and Captain also addressed the press conference, and spoke about their strategies and their excitement for the start of the tournament.

“This tournament is very prestigious to everyone. We are also looking forward to the start of the tournament. Our strategy is to play all our matches to the best of our abilities, and if we are able to do that, we are sure we will go long in the tournament,” Punjab Coach Hardeep Singh said.

“Our team has prepared very well for the tournament. We hope to give our best in the tournament and win the championship. We will try really hard to start our campaign with a big win tomorrow,” Punjab Captain Mohammed Aasif added.

In the second Group A fixture on Saturday, Kerala will take on Rajasthan at the Manjeri Payyanad Football Stadium in Malappuram, Kerala at 8 PM.

Ahead of their first game of the tournament, Kerala Coach Bino George Chiramal Padinjarathala expressed his pleasure in “Kerala hosting the tournament after a long time.”

“Football is a great sport. We know the responsibility that the Santosh Trophy brings with it. There is a massive fan following of the sport. We have the responsibility of performing for our fans. We have worked really hard in the training sessions. We have picked our team based on the players’ fitness and made our combinations according to the teams we will be facing.”

Kerala Captain Jijo Joseph, added: “I am excited to be a part of the Hero 75th National Football Championship for Santosh Trophy. I am sure our team will do our best to perform, especially in front of our home fans.”

Rajasthan have qualified for the main round of the Santosh Trophy for the first time in over three decades. Rajasthan Coach and Captain spoke about the honour of getting a chance to compete for the trophy once again and added that they are ready for the teams they will face in Group A.

Meanwhile, Rajasthan Coach Preetam Kumar said: “It is a pleasure for us to qualify for the Main Round after 34 years. The boys have worked really hard on the training sessions and we are hoping for good results.”

“We are very prepared for the match. We know Kerala are a very good and competitive team, but we have also prepared our tactics according to the opposition. We hope we will give the best competition to our opponents in the Group and advance to the next stage,” Rajasthan Captain Maninder Singhadded.

Meghalaya are the fifth team in Group A, who will begin their campaign April 18, Monday, at 1600 hrs against Rajasthan at Kottappadi Football Stadium.

Meghalaya Coach Bobby Lyngdoh Nongbet uttered: “We have been here for some time. We have been training really well in Kerala. The players are really sticking well. The conditions are quite hot as compared to our home. But the training sessions are helping us to prepare ourselves for the conditions. The team is doing really well.”

Meghalaya Captain Hardy Cliff Nongbri maintained: “We have been training for the past few months. We have had campaigns and we have played some friendly matches in Assam. We have to stick to our basics. We have to adapt to the conditions and play accordingly.”