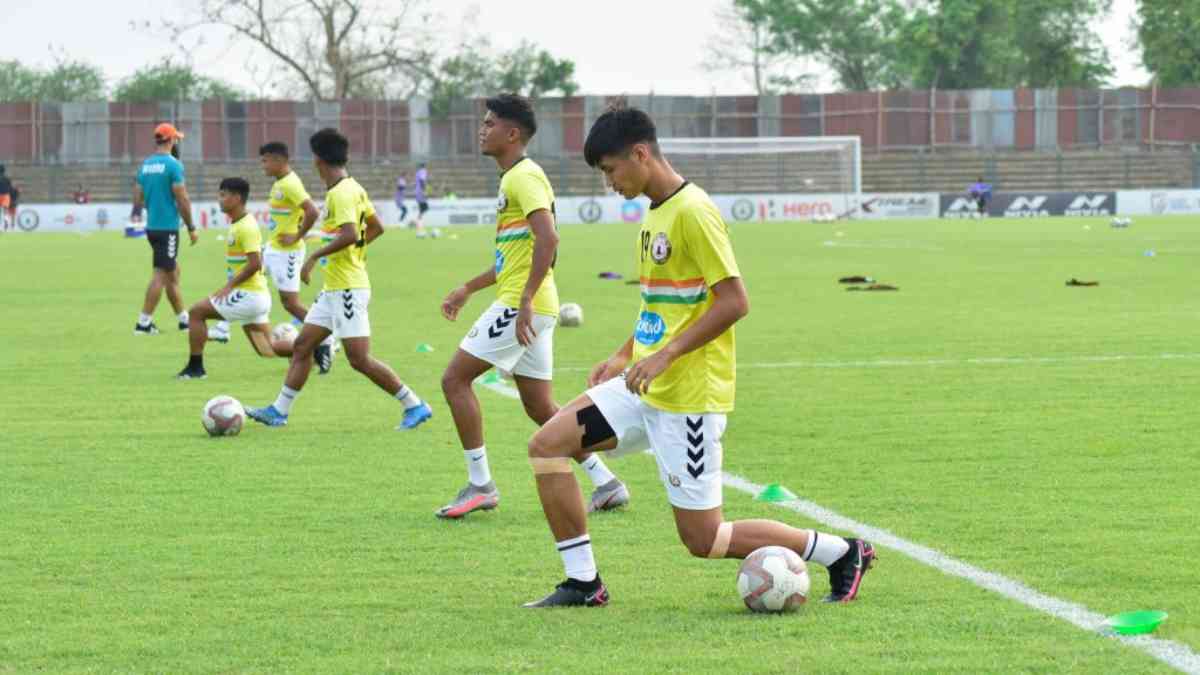 KOLKATA: After a break in the previous Gameweek, Sudeva Delhi FC resume their season with a clash against Tiddim Road Athletic Union (TRAU) FC at the Naihati Stadium on April 9, 2022, at 3:00 PM IST.

With just one win and three draws in the campaign so far, Sudeva Delhi have kept only 2 clean sheets in 9 matches played, which raises a concern for head coach Mehrajuddin Wadoo.

“I think we have tried to keep clean sheets before, but somehow it did not happen. It is a concern, and we try every day in training and the games to not concede a goal but unfortunately, we are conceding goals by making silly mistakes. We have to focus more on the game, not for 40 minutes but the whole game, and if we do this, it will be difficult for opponents to score against us,” he said.

In their previous outing, Sudeva Delhi FC went from 0-2 up to end up on the losing side with a 3-2 scoreline against RoundGlass Punjab FC. Reflecting upon their performance and the positives to be taken from the game, Wadoo said, “The first half was full of positives, and we dominated and controlled most of the game, and we scored two goals in the first half. But the focus was lost in the first minute of the second half, and we conceded goals in quick succession and that was the time when the whole team was in shock for a moment, and they started putting pressure on us. We are playing with a young Indian squad, and we have to come up with decisions on the field where we can handle the pressure situations.”

The upcoming match is surely poised to be an exhilarating one and assessing their opponent TRAU FC, he explained, “TRAU are a good team and they have won their last game against Aizawl FC and they have got a good team. We need to win a game as we have lost with narrow margins in our previous ones and hopefully, we will be able to do that against TRAU.”

TRAU were able to snatch three points from Aizawl FC as they defeated them by two goals to one, courtesy of Khanngam Horam’s brace. Another three points will be crucial for them to stay in the battle for playoffs. Still, the injury concerns are piling up for the Red Pythons as Netrajit Singh and Buanthanglun Samte have not fully recovered.

TRAU FC head coach L Nandkumar Singh on assessing his team’s performance said “In the previous matches we have conceded easy goals and our team is not physically up to the mark where we are lacking but I hope we overcome this soon.”

On facing the young Delhi-based club, Nandakumar Singh concluded “Sudeva are a very good side and they are also desperate for points. We are also aiming to grab the three points in tomorrow’s game to move up in the table. They are very energetic and they press very highly and we hope and expect a tough match from them.”