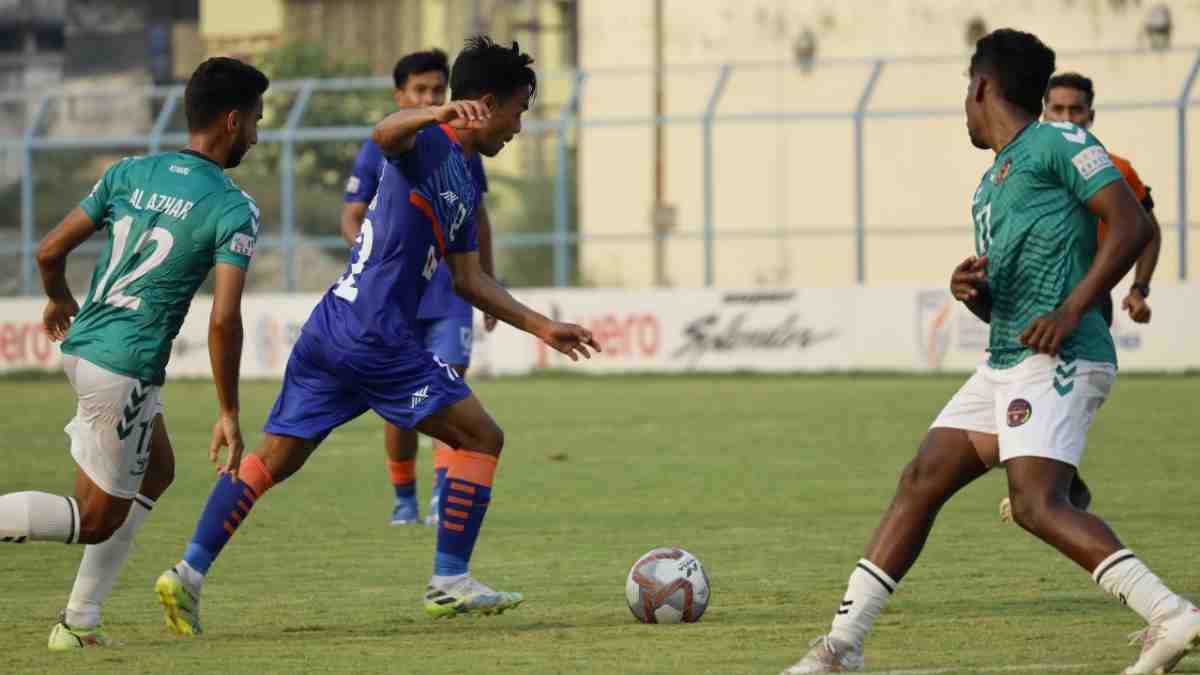 NAIHATI: A late goal from substitute Brijesh Giri saw Indian Arrows bag all three points against Kenkre FC in a bottom-of-the-table encounter, here at the Naihati Stadium. Giri came on as a second half substitute in the game and managed to get on the end of a lucrative cross from Parthib Gogoi to hand Arrows their second win of the season.

The first half started with both sides testing the waters. Kenkre were committing unnecessary fouls inside their own half, giving Indian Arrows a chance at goal. However, the Arrows were unable to take advantage of the set-pieces. Lalchhanhima Sailo was the first one to attempt a long-range free kick but saw his effort sail way over the bar.

After a series of attacks by Indian Arrows, Kenkre finally found themselves in the opposition’s box. Siddharth Colaco crossed the ball in from the right flank and it was well received by Aravindraj Rajan right in front of goal. Rajan struck a fierce strike towards goal but it was blocked bravely by defender Tankadhar Bag.

Shortly after Kenkre had an opportunity to put themselves ahead, Arrows swarmed forward again, this time with Parthib Gogoi. The striker managed to beat the keeper with his strike but the ball hit the inside of the far post and somehow stayed out before eventually getting cleared out of play. Despite the unlucky miss, Arrows kept advancing forward in search of an opener.

Gogoi and Sailo clicked well and the Kenkre defence was looking a bit shaky on their left side. However, Kenkre keeper Padam Chettri made a couple of extremely important saves to keep the Arrows at bay. Kenkre were also dealt an injury blow when defender Jishnu Balakrishnan was taken off towards the end of the first half due to a hamstring injury.

In the second half, Al Azhar Delhiwala, who had come on for Balakrishnan, lobbed a good-looking ball in the Arrows box but no Kenkre player got to it. Ranjeet Pandre came extremely close to giving Kenkre the lead but his header was just millimetres wide of the post with the keeper rooted in his spot.

Both sides were astoundingly complacent with their passing especially in the final third while quite a few long range shots were attempted and none of them concerned the keepers. Around the hour mark, Arrows were forced to make a substitution as Amandeep was down and injured. Brijesh Giri came on to replace the defender.

Giri’s first contribution to the game was a tame shot that was straight at the keeper. Arrows kept advancing but the Kenkre defence with Zacharie Mbenda at its heart was proving to be a frustrating blockade for the young attackers. Ranjeet Pandre and Siddharth Colaco prowled forward looking to salvage something but keeper Zahid Bukhari halted all shots that came to him.

The deadlock was broken just two minutes from time when Giri darted into the Kenkre box to get on the end of a perfect cross from Gogoi. Giri simply side footed the low cross past a helpless Padam Chettri giving Indian Arrows a winner in the dying minutes of the game.

With only their second victory of the season, Indian Arrows leapfrog Sudeva and move into 11th place. Kenkre remain rooted to the bottom of the table and are still the only team without a win so far this season.