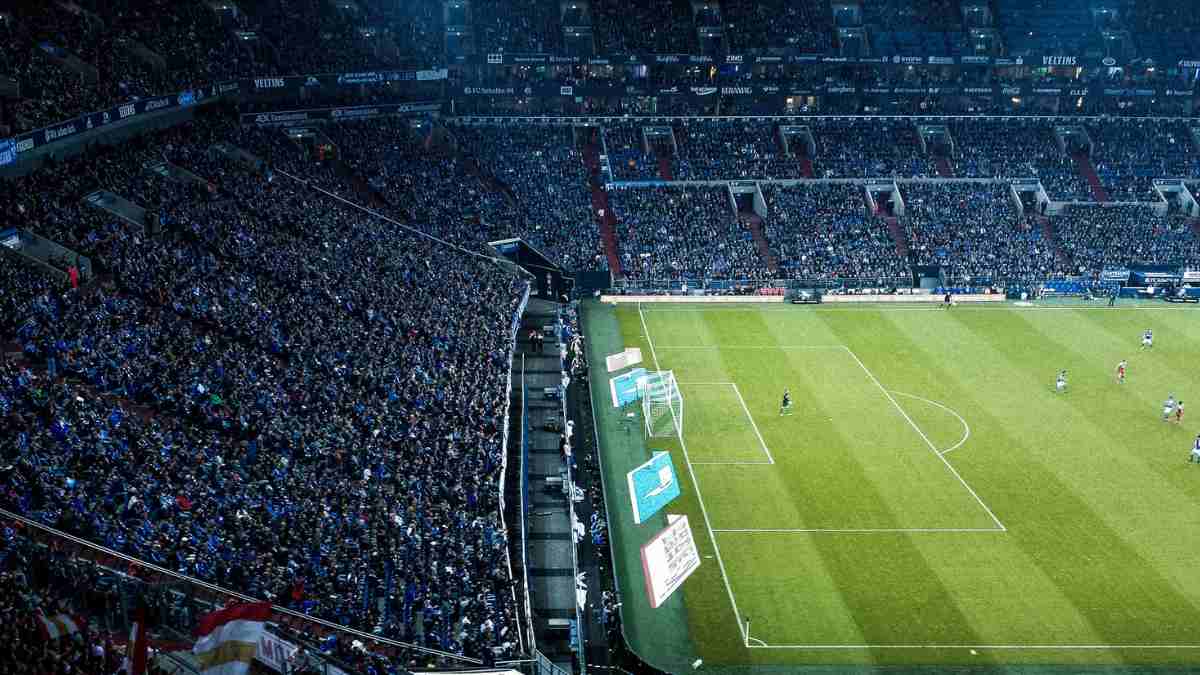 Somehow it seems that there is tension everywhere except in the Bundesliga. For example, there are new league leaders in England as well as in Spain and Italy. In Germany, however, FC Bayern is still enthroned on the first place in the table. Regarding the German teams, it would perhaps be more fun to place a bet on OnlineBetting360 if there were not the eternally same winner here.

FC Bayern is the autumn champion, which currently sounds rather strange, because in the Bundesliga half of the season is over and due to Corona but this time only in January. What has not changed once again is that Bayern is at the top.

But in other countries it looks completely different, because in all major leagues in Europe has done a lot. Here the air is charged with tension, because now others are at the top as usual. Germany is the exception here, here everything always remains constant, because for a decade there is always the same winner, and it is called FC Bayern.

In Italy, however, the situation is different, with AC Milan currently in the lead, having last won the championship 10 years ago. In Spain, the current leader is Atlético Madrid. This club won the title exactly once this century. In England, changes are also taking place, as the old champion Manchester United is now leading the table. The latter had not managed anything great and remarkable for a long period of time. Sporting Lisbon is in first place in Portugal, a club that was last successful two decades ago. In France, Olympique Lyon was the best team in the first half of the season.

Currently, the situation in Germany is that FC Bayern is once again at the top. Only RB Leipzig still seems to be able to do something. One could almost get the impression that German soccer seems to be against a new competition.

At the same time, FC Bayern is not even in top form, the defense is rather mediocre. FC Bayern deservedly flew out against a second-division team in the cup. The victories that followed against Freiburg and Augsburg were pretty close. Even small opponents realize that something could still happen here. That’s exactly how you see it in Munich, because there you’re not really satisfied with the team’s play either.

How Germany talks itself out of it

Managers as well as coaches and sports directors have clearly failed with regard to creating a second top club. Occasionally, Leverkusen pretends that this could be another top club. In a total of 17 games, Dortmund has lost 6 times and has already capitulated again. Leipzig entered the season without a goal scorer. While all teams do a good job at times, unfortunately, just not anymore. In any case, this also applies to the other teams like Schalke, Hamburg, Hertha or Cologne.

Regarding FC Bayern’s continuous winning streak, the competition says that the club simply has more money and the financial advantage keeps growing. In this way, the national leagues would steadily lose more and more of their meaning.

This is a fact, but in the end it still doesn’t explain the permanent dominance of the Munich team. Especially if you take a look at the other European leagues, it quickly becomes clear that this is more of an excuse.

This is how it will probably look

Since it’s just half-time, it could still be that perhaps Paris and Manchester City pull away in France and England. It’s also possible that Leipzig will hang on to Bayern.

But somehow it seems to boil down to Bayern becoming champions for the ninth time in a row, despite not being champions at all. Looking back over the last 25 years, it’s 18 to 7 for Bayern against the rest of Germany. Of the top 15 leagues in Europe, really none is as lopsided as Germany’s. Even Cyprus, Malta, San Marino and Andorra offer more variety.

There are few countries where the title race is even more boring than in Germany. Gibraltar, however, can easily keep up, but here they simply rename the eternal champion every few years, and at least there’s a different name at the front.

The idea that championship playoffs and an equal distribution of TV money could finally put an end to this boring misery has often been brought into play. For a long time, people in Germany resisted and resisted these innovations with all their might. But could there now perhaps be a change in thinking?

Although redistribution is more than desirable, it is hardly feasible at the moment. The pandemic has ensured that even the top clubs have been hit extremely hard financially. Therefore, it is unlikely that the clubs will voluntarily agree to a fair distribution key for TV money.

The idea of playoffs

While former DFL boss and longtime Leverkusen CEO Wolfgang Holzhäuser brought up the idea of such a model more than 15 years ago, most of those responsible rebelled all along the line. First and foremost FC Bayern, whose president Uli Hoeneß harshly rejected these proposals at the time and also classified them as “totally unfair”.

In the meantime, however, Hoeneß is no longer the boss of Bayern, as Oliver Kahn took over this post last summer. In some areas, he sees some things quite differently than his predecessor. Nevertheless, his statements regarding the introduction of playoffs were completely surprising. Regarding this, Kahn expressed himself as follows: “I think it’s exciting to think about new models like play-offs for the Bundesliga.” He continued: “A mode in the Bundesliga with semifinals and finals would mean excitement for the fans. So it makes sense to play through such an idea. We at FC Bayern are always open to new ideas.”

The new DFL managing director Donata Hopfen expressed similar sentiments in this regard: “The league would of course be more attractive if it had more competition at the top.” She also added: “If playoffs help us, then we’ll talk about playoffs.”