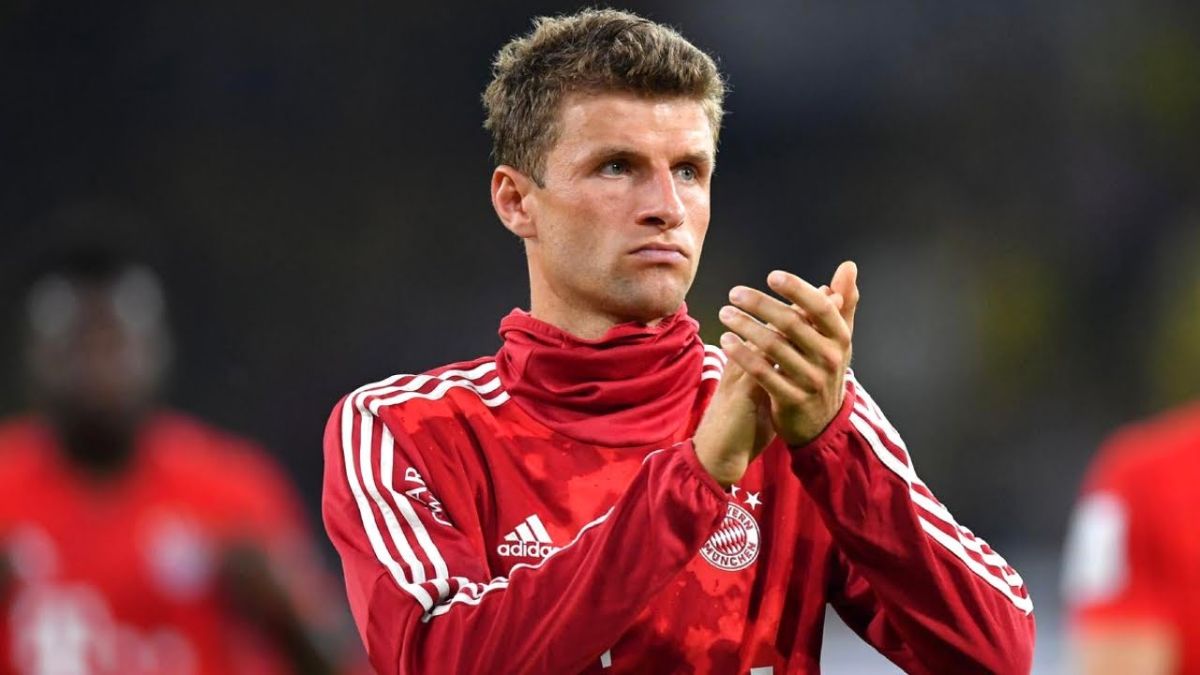 With the 2022 FIFA World Cup on the horizon, German star Thomas Muller gave a deep insight into his so-called ” complex position ” and fellow countryman Jamal Musiala. Known for being extremely straightforward and putting things bluntly, the Bayern man was not shy in accepting the role he likes to play for his team and admitting how he targets efficiency in playing a simple and effective game.

” I always try to be logical . Its a lot about timing – if one gets it right , you can hurt the opponent . Of course , it will be difficult to pull that off with players who you don’t play with that often . “

One of the most underrated players of this generation, Muller once again helped Bayern clinch yet another Bundesliga title following a topsy turvy start to their campaign. But it was followed by a humiliating elimination in the Champions League at the hands of Villareal. Still, the ‘Raumdeuter’ managed to rack up 30 goal contributions, leading Bayern to another domestically successful campaign.

Describing other types of profiles present in the team, Muller was keen to talk about teenage wunderkind Jamal Musiala, explaining how he is different from other players.

” He is different . The way he solves situations with the ball is really impressive . There may be players with better finishing or passing but he never gives up and always works on what he is not good at and improves which distinguishes him from others his age .”

The German prodigy managed to score 8 and set up another 5 for his team and along with the calmness and intensity he provides on the pitch, he has been very far ahead of others in the German squad despite being so young.

If Germany are to have any chance of having a shot for this year’s World Cup, then it is very important for these two to be at the top of their game. This perfect blend of youth and experience may just be unstoppable at its top potential and have a big say at the World Cup.