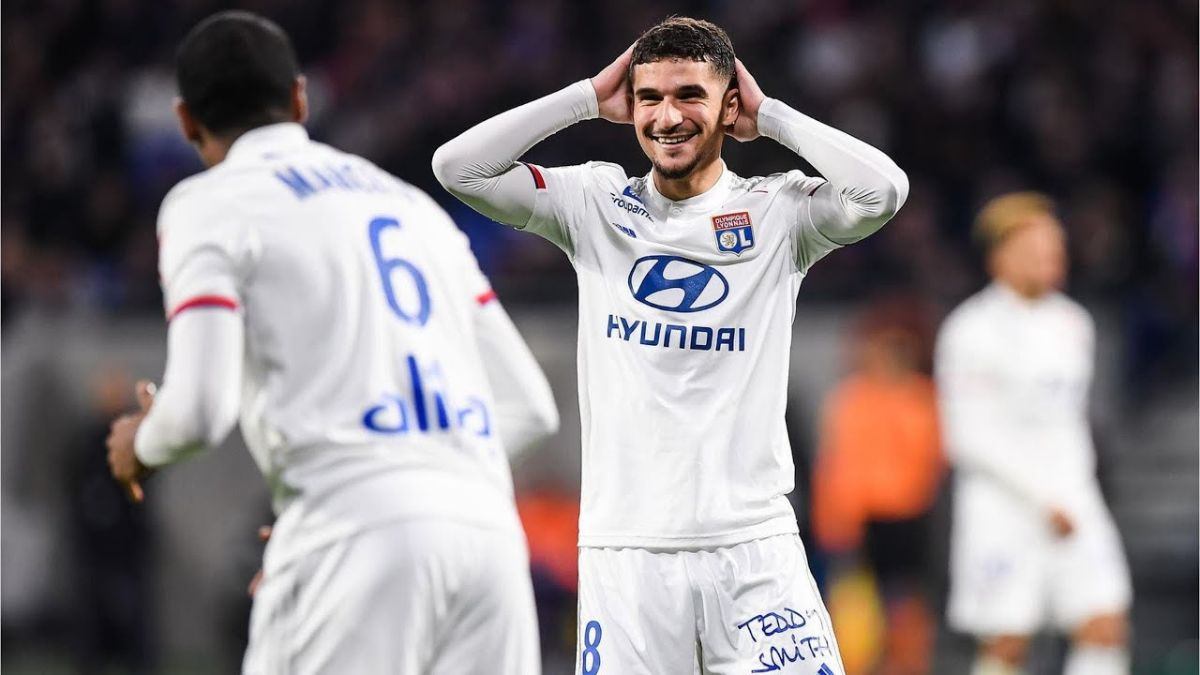 Arsenal is one of the most popular and successful English clubs. This team is right now sitting comfortably at the top of the Premier League. They are also putting in a high effort at the transfer window. This time Arsenal has got its sights on the 24-year-old Lyon midfielder Houssem Aouar.

Arsenal is in the fray to win Lyon Midfielder Houssem Aouar

Houssem Aouar could perfectly accommodate Arsenal’s two-man midfield while being primarily an attacking midfielder who has also played in a somewhat deeper position. Due to the intense Europa League schedule, he can play out wide at times. This makes him a useful squad option. These intense adaptable skills of the French international may encourage Mikel Arteta to embrace him in the Arsenal team.

But the path to signing him is not going to be so easy. Italian giants Juventus, English club Newcastle, and Spanish club Real Betis are competing to sign him. Moreover, Lyon’s contract with Aouar expires at the end of the season. Thus, any interested club can sign him up for free. But one thing remains almost certain he will be moving out of France.

Many high-profile transfers this season for Arsenal

This year the English giants have been able to sign many brilliant players. This list includes Gabriel Jesus and Oleksandr Zinchenko (from Manchester City) and William Saliba and Matteo Guendouzi (from Marseille). These transfers have helped Arsenal to win the maximum matches that they have played till now.

A new and strong midfield with a quick, athletic, and mercurial forward line has propelled the English club to the top of the table. It is this midfield that Mikel Arteta may be willing to give more strength.

These are exciting times for the 13-time Premier League winners and sure they are sailing high.