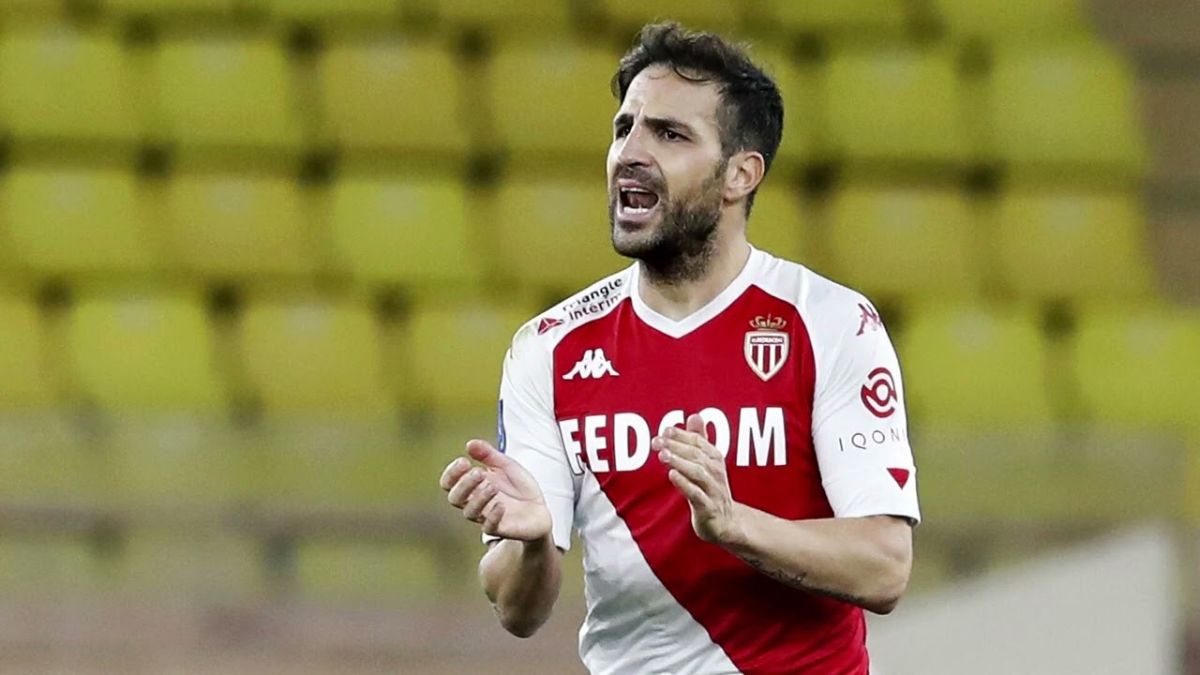 Cesc Fabregas ended his association with AS Monaco in France after his contract expired. However, the Italian second-tier side Como 1907, has expressed an interest in signing the Spanish midfielder straightaway.

The Spaniard has enjoyed a stellar career over the years and has won many major competitions. Fabregas was a crucial player for Arsene Wenger in his rebuild of the squad post the invincible season. The Spaniard replaced the marvelous Patrick Viera in the midfield and became an important player.

Cesc Fabregas was rewarded for his performances by Wenger. The Spanish midfielder was announced as the second-youngest captain for Arsenal ever. However, Arsenal’s lack of success unsettled Cesc Fabregas at the club. Eventually, due to the lack of success, he signed for his boyhood club, Barcelona.

He became an important part of Pep Guardiola’s side and also secured a place in the Spanish squad. Fabregas went on win two European Championships and the FIFA World Cup with the national team. However, soon the Spanish maestro chose to return to England with Chelsea. The move proved to be successful as the midfielder won two Premier League titles at the club.

The Spanish midfielder has expressed an interest in pursuing a coaching role after his retirement. The possibility of a future coaching role has been crucial in the decision-making process for the Spanish midfielder. Cesc Fabregas is a free agent after his contract with AS Monaco has expired, which makes the deal easier. The Italian side will be overjoyed if they get their hands on the former World Cup winner.

However, the midfielder will have to adjust to new surroundings in Italy. Fabregas said in an interview that the past year was one of the worst of his life. Nevertheless, the Spaniard will hope to turn things around and step into a new phase of his career.

As per Fabrizio Romano, the Spaniard will sign a two-year contract with the Italian side Como in 1907. However, the Spanish midfielder is expected to stick for longer at the Club as there is a Chelsea connection at Como 1907. Former Chelsea legend, Dennis Wise is the Chairman of the Italian side. Nonetheless, the acquisition of Cesc Fabregas will be a big boost for Como 1907 in the long run. The club will hope to build success for the future using the Spaniard’s experience in European football.