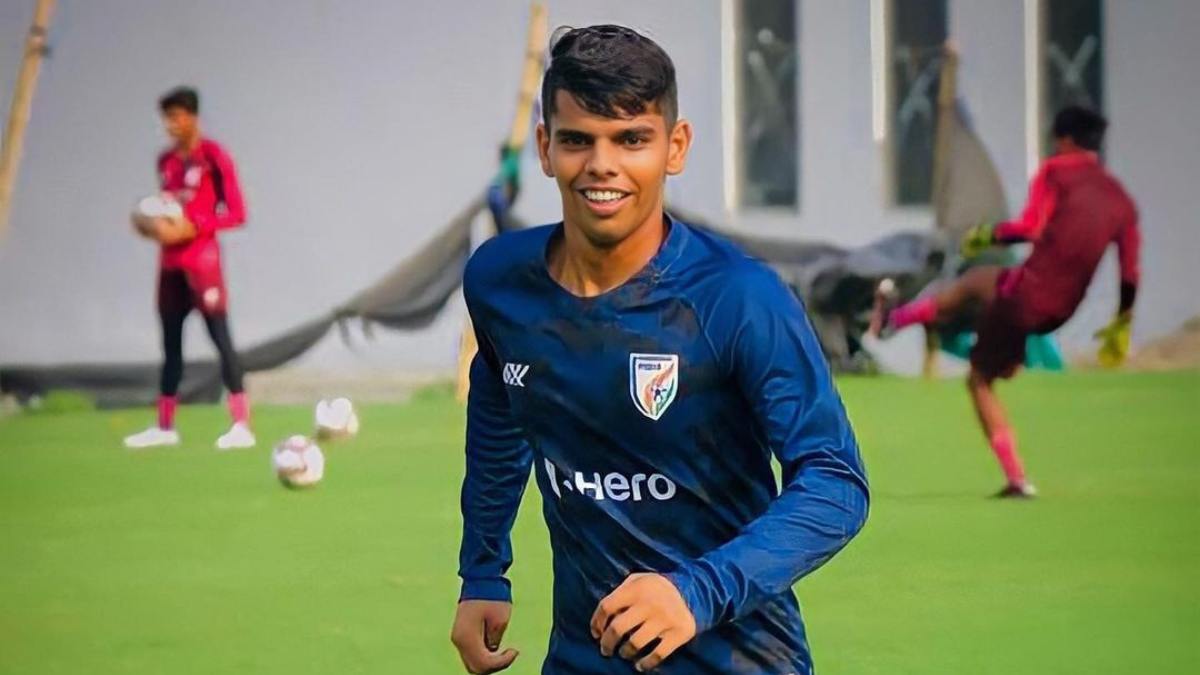 The 18-year-old Minerva Academy product Himanshu Jangra, who has signed a loan deal for SC East Bengal from Delhi FC for the 2022-23 season, opened up to Football Express ahead of the Great Kolkata Derby.

Himanshu is a bright prospect who played recently in the SAFF U-20 Championship and scored 3 goals as a Centre Forward. He’s looking forward to don the Red and Gold Colors and prove himself for the Kolkata Giants. Himanshu and Football Express actively participated in the Q&A session.

In an exclusive interview with Football Express, Himanshu discussed his professional career at the East Bengal club, the hardships he faced due to his injuries and making his way to the SAFF U-20 team.

How does it feel to join one of the oldest clubs of India?

“It’s a great honour for me to be part of this great club. East Bengal is such a historic club that just being part of the team is a big milestone in the career of any Indian footballer.“

What’s your take on Stephen Constantine and Bino George?

“I think it’s a great coaching team, Stephen sir is one of the best coaches in the world with ample experience in the whole Indian football circuit and Bino sir has already proven himself to be one of the best Indian coaches. I feel very lucky to get the chance to play under them.“

“I want to make a mark this season and contribute to the success of the club this season. This is will be my first season in the ISL so I want to show that I can play and perform at the top level.“

Do you miss Delhi FC? What’s you take on Ranjit Bajaj sir, we’ve seen him cheering for you in the SAFF U-20 championship, how is he as a mentor?

“Ranjit Sir is like a father to me; he was the one who spotted me in trials and brought me to Minerva academy where I started playing football professionally. Whenever I needed any support, Ranjit sir is always there for me like a family member. Even when I suffered bad form or injury, sir never doubted me and always told me I was meant to play at the top level. If it was not for Ranjit sir, I would not be where I am today.“

Who’s your favorite player in the Indian Football Circuit? Your Fans are referring you as the “Next Sunil Chhetri”, what’s your take on that?

“It’s a huge honour for me to compared to the great Sunil sir, I wish and hope to be as good as him someday and achieve the same level of success that he has achieved. He is my favorite Indian player.“

Tomorrow is the Derby Day? What was the Environment of the Dressing room today? Can we expect you in tomorrow’s Playing Eleven?

“The Derby is a massive occasion; I have never experienced this kind of charged atmosphere before a match. I am not sure whether I’ll get to be part of the match day squad but I’m glad to experience this!“

Although the young forward had to experience a lot of struggles, he found it as an enjoyable experience and her love towards football gradually increased! Jangra is now looking forward to make his mark in the best league of Indian Football.