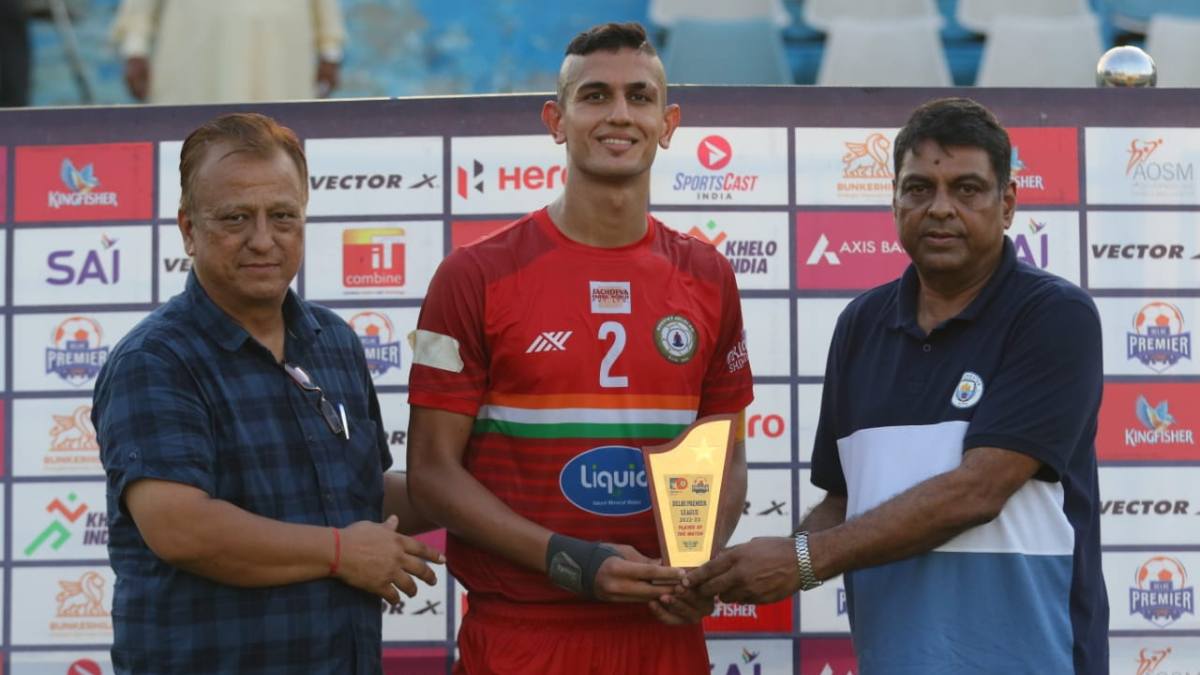 Nishchal Chandan is a bright prospect, has a great height and is one of the strongest defenders of Sudeva Delhi FC. He also captains the side and has made some outstanding clearances and interceptions through the last season and also in some matches of this season.

In an Exclusive Interview with Football Express, he opens up about his professional career with Sudeva Delhi FC and his experience about handling captaincy.

Does captaincy give an added responsibility on your shoulder?

“For me personally, my performance matters the most and for Captaincy I think the added responsibility boosts my confidence and drives me to live upto the expectations of my coaches, the management & the fans.”

“Atsushi Nakamura, as a coach was really demanding in terms of the efforts he wanted us to put in and it was really great training under his guidance because of the experience he brought in. He really did focus on our basics and was ever ready to help whenever & wherever we needed advice or his expertise. Overall it was a wonderful experience learning and training under him.”

What would you say regarding your team’s performance in this season as your team didn’t win any match this season?

“I know that the team’s performance as reflected on the points table hasn’t been upto mark but luck also has a role to play and for us, it’s really not been by our side because I personally think we did play good football. But yes in the end what matters are the points and I know we have been disappointing upto now. However, I am sure things will turn around in our favour as the boys and everyone associated with team Sudeva is working has been putting in their best and extra efforts to get things back on track for us.”

Your teammate Shubho Paul did feature in a worldwide event. I am sure he has narrated his experience. How did you feel as a teammate when he narrated the experience?

“Shubho is a very bright prospect for not just the club but our country. He is really technically gifted. He made all of us and the country proud. I am sure he has a long way to go!”

You were a Part of Minerva Academy and Delhi FC, how was your experience there?

“I had been a part of Minerva since it’s inception in the I-league 2nd division though I was a part of the U-18 set up. Minerva has played a huge part in terms of my development which has helped me reach upto this level. The competitiveness there helped me a lot by boosting my morale and confidence. Playing on the field alongside some of the best players in the Indian football circuit has done a world of good to me and helped me grow as a player.”

How was your experience of playing in a bio-bubble format last year?

“Playing in bio bubble is always tough not just for me but everyone. Obviously playing in empty stadiums was not the best sight to watch, but surely one only learns to survive the hardships by facing them upfront and going through them positively. It was an experience in itself! It’s the passion and love for the sport that keeps the players going. Fans across the globe were connected via television and social networking sites & in the stadium, we were there for the team to pep them up and keep them in high spirits. Football surely is a beautiful game.”

Nishchal Chandan has come a long way in his own carrier from the grassroot level of Minerva Academy to Delhi FC and now captaining his side Sudeva Delhi FC in the Hero I-League. He is still improving himself and learning in the process. We, team Football Express wish him “ALL THE BEST” for his future.