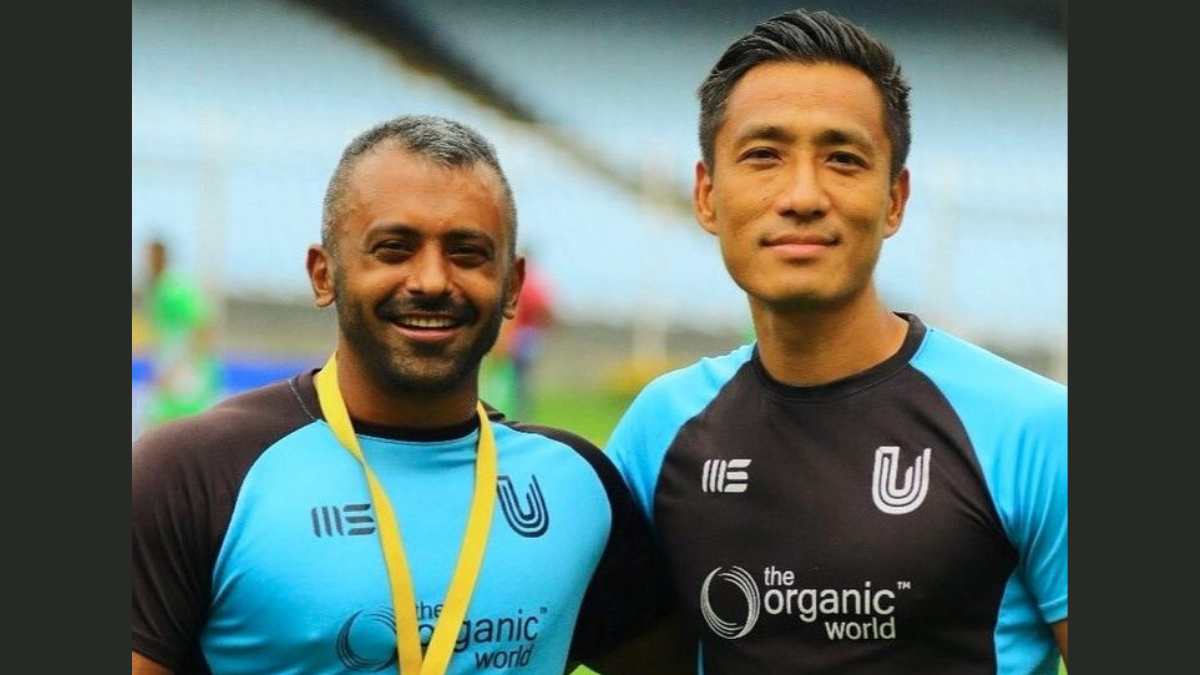 FC Bengaluru United are a newbie in Indian Football but have developed quickly. Founded in 2018, they have risen through the ranks to play in the I-League 2nd Division. They are currently up against some of the best teams at the Durand Cup and have made it to the quarter-finals.

Gaurav Manchanda is the owner of the club and Richard Hood is the manager. In their first year, they played in the Bangalore Super Division and finished fifth. Former Indian International Gouramangi Singh joined Hood’s team the next season as the head coach for the team.

The following season they took part in the I-League 2nd Division. They were clubbed alongside ARA FC, FC Kerala and the reserve team of FC Goa, Kerala Blasters and Mumbai City FC. However, the pandemic had other ideas and postponed the League. In their debut season, they were 2nd in the table after 8 eight games.

Ahead of their semi-final clash, Manager Richard Hood and coach Gouramangi Singh sat down to answer a few questions. Topics ranging from New signing to the atmosphere ahead of the next season were discussed. Here are few excerpts from the session.

FC Bengaluru United are out to get everything

WHAT ARE YOUR THOUGHTS ABOUT PLAYING SO WELL AND BEING UNBEATEN IN THE DURAND CUP SO FAR?

Richard Hood (RH): “We were out there to get 9 points. Our day-to-day management and motivation were to get the numbers. Thus, getting the 9 points and getting into the qualifiers was a milestone for us. Going into the knockouts, we have to finish as winners. It has brought in a lot of belief and the objective is to keep the momentum going.“

Gouramani Singh (GS): “We were prepared enough to do well in the group and we are in the qualifiers now. We are looking forward to the quarter-final at the moment”

FC Bengaluru United have their I-League qualifiers after this

HOW HAS THE DURAND CUP HELPED THE SQUAD PREPARE FOR THE HERO I-LEAGUE QUALIFIERS? HOW HAVE YOU APPROACHED THE TOURNAMENT? HAS IT HELPED IN IMPROVING THE CHEMISTRY, THE STYLE, THE FLEXIBILITY THAT YOU WANT?

RH: “The Durand Cup has given us the exposure to play against teams that want to win as badly as we do. We have come up against a few strong teams like Mohammedan Sporting that have been exceptional in the Calcutta League and have ambitions to walk away with the Cup as well. It has helped us identify a few blind spots in our game that we hadn’t notice before leaving for Calcutta. As far as Chemistry is concerned, travelling together, waking up together and being in a bubble have improved it to an extent. Tactically, I strongly believe we improved game by game. Thus, I’m really happy how the Durand has worked out so far.”

GS: “We’re focusing on the game on Friday at the moment, though the I-League Qualifiers, which will be held after this, is our bigger priority.“

WHAT DO YOU THINK ABOUT THE CHEMISTRY BETWEEN THE 2 FOREIGN PLAYERS AND THE REST OF THE TEAM? DO YOU THINK THEY HAVE HAD AN INFLUENCE AND LIFTED THE SPIRITS OF THE SQUAD? MOST TEAMS GENERALLY GO FOR FOREIGN CENTRE-BACK BUT THIS TEAM IS DIFFERENT, HOW IMPRESSED ARE YOU WITH THE WAY THE TEAM HAS PLAYED SO FAR?

RH: “Luka (Majcen) and Pedro (Manzi) are very different players. Luka comes with a big physical profile and Pedro is very intelligent player with massive technical capabilities. Luka plays further up and Perdo plays a bit withdrawn. The team and staff have informed them what they’re expected to do. The motivation brought in is immense as both of them are leaders and demands the best out of the rest. They have earned their respect with their games and personality”

GS: “Our team has been playing really well and the first thing we have to do is to trust the centre-backs that we have. We have a squad that have a good mix of experience and youth in the entire defence. They are prepared for anything. We have great confidence with the boys that we have.”

THE TEAM PLAYED THE QUALIFIERS LAST YEAR WITHOUT A RECOGNISED NO.9. THUS, EVEN THOUGH THE TEAM CREATED A LOT OF CHANCES, VERY FEW GOALS WERE SCORED. DO YOU ANY IMPROVEMENT WITH THE ADDITION OF THE NEW SIGNINGS?

RH: “We assessed everything on the pitch and off the pitch last season and recruitment was a major factor we pondered about. Due to the conditions at that time, we were unable to bring in any foreign players who were residing outside the country at that point in time. Due respect to everybody who stepped up and played with us during those times. No.9 is a very important position in Indian Football. Pedro can score from anywhere and creates a lot of chances. This improves the game of the players who play alongside him as well”

Watch out for FC Bengaluru United as they get ready to tear up defences in the games to come.