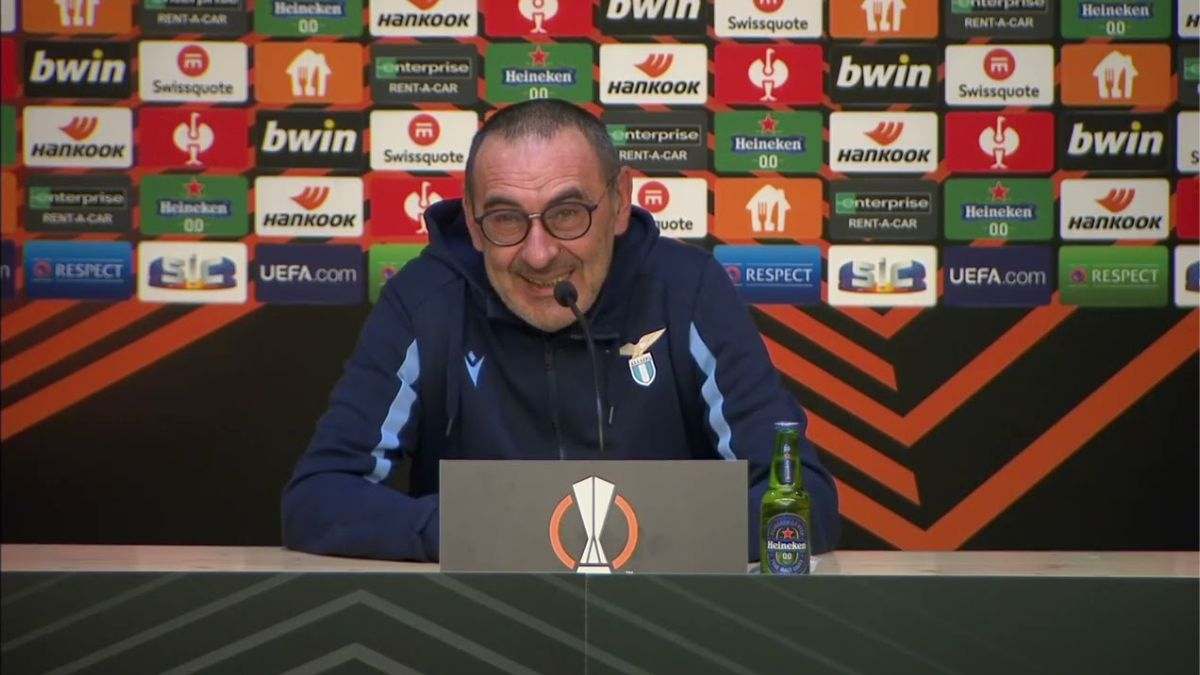 Lazio appointed Maurizio Sarri in the summer of 2021 on a two-year contract. The Biancocelesti had a mixed season under the Italian manager as they finished 5th in Serie A. For a large part of the season, the club seemed to be on their way to UEFA Champions League qualification.

However, a run of mixed results saw the club slip out of the top 4 and finish in 5th place. The Italian manager has expressed his thoughts regarding the Serie A title race this season. Maurizio Sarri believes that there is no clear favorite as the clubs have strengthened well.

“Juve was also strong last year, Inter were the main candidate for the Scudetto. Milan can win again if they keep the spirit of last season, they had a fierce desire to impose themselves.”

Maurizio Sarri believes that Inter was the favorite to win the Serie A last season, however, AC Milan secured the title due to their strong spirit. The Lazio boss believes that AC Milan can lift the scudetto again. However, the former Chelsea boss has not ruled out Juventus either.

AS Roma will be the dark horse as per Maurizio Sarri

The Italian manager has said that AS Roma have strengthened well this summer and it will change their target from Top 4 to challenging for the title next season. Maurizio Sarri said that:

“Roma’s market makes them change their targets. Wijnaldum, Belotti, Dybala. Liverpool’s Wijnaldum is a very strong player and Dybala has been exceptional with me.”

Jose Mourinho has assembled an excellent squad of players and the Portuguese will be looking to challenge for the Serie A title. Juventus has also signed Angel Di Maria and brought Paul Pogba back to the club. The French midfielder will add the much-needed guile to the midfield of Old Lady.

Meanwhile, Inter has signed Romelu Lukaku who fired them to the Scudetto under Antonio Conte. The Italian clubs have filled in the requisite gaps and have assembled strong squads. The Serie A title race will indeed be an interesting one. The Rossoneri will look to defend the title but other Serie A clubs will be looking to spoil the party of the reigning champions.