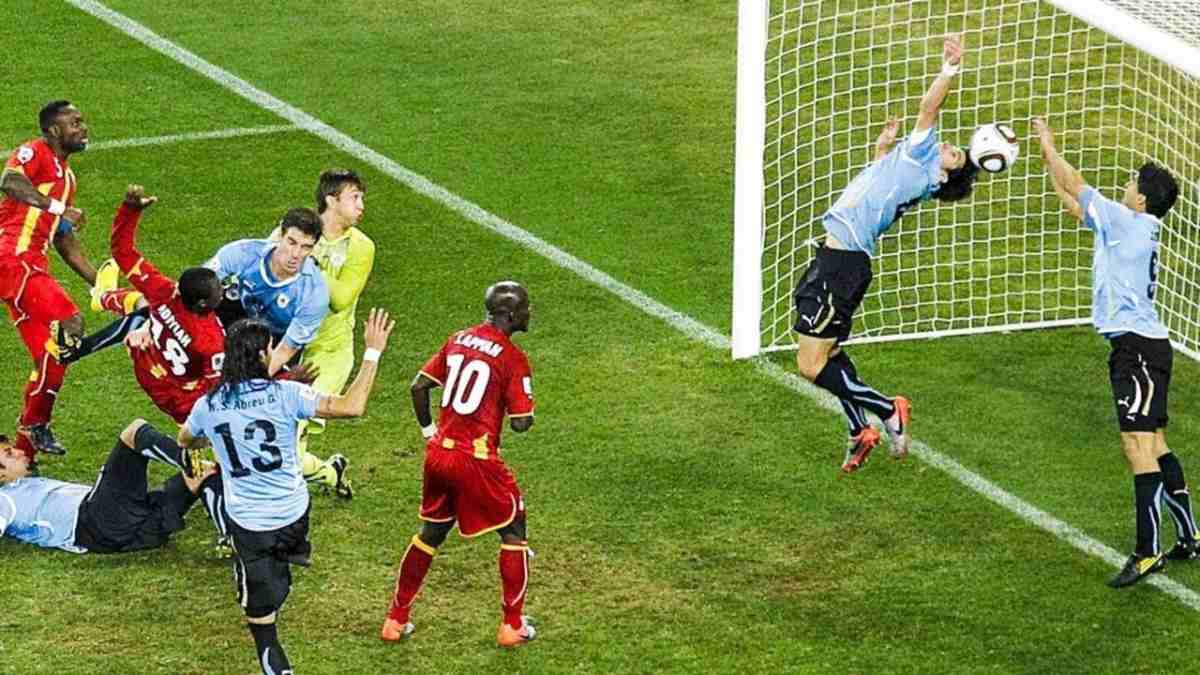 The World Cup. Nothing beats it. Not the Premier League title race, not the Champions League, not even the Papa John’s Trophy Area Finals.

We all remember where we were for the great World Cup moments. Gazza’s tears in 1990. Bergkamp’s blistering winner against Argentina in 1998. Germany going wild and putting seven past Brazil in 2014.

When we’re dreaming of tickets for the 2022 World Cup in Qatar, we’ll be casting our minds back to some of the greatest international games ever played – tense finals, penalty agony, and even the odd group stage upset.

And you can be sure we’ll be thinking of these – the five best World Cup matches ever played.

Germans and Scots, look away now. When this match was replayed on Channel 4 ahead of England’s 2020 European Championship final, fans took to Twitter to laugh at how slow the players were, how bad the tackles were.

And then they were sucked in to an absolute thriller. Every English person knows the story – the goal that maybe didn’t cross the line, Hurst’s hat trick in the last minute of extra time. But that’s not the whole story.

England fell behind to an early goal, before clawing back an equaliser just 6 minutes later. And after Martin Peters scored with 12 minutes to go, everyone thought the game was over. But Germany snuck an 89th minute equaliser and the rest, as they say, is history.

They think it’s all over…

No African team has ever played in a World Cup semi final. Cameroon were beaten in the 1990 quarter finals by England, and Senegal got to the same stage in 2002. But in 2010, Ghana were dark horses for the tournament.

They took the game to Uruguay in the tournament’s quarter final, taking a 1-0 lead before half time. The South Americans equalised soon after the break, and a tense game went into extra time.

Then came the drama. With mere seconds remaining, the ball drops onto Dominic Adiyiah’s head. He forces it goalwards. The keeper is nowhere… and…

And Luis Suarez sticks out a hand. He’s sent off, but Asamoah Gyan misses the resulting penalty, and Ghana are robbed of a place in the semi finals in the shootout.

24 years earlier, a 5’5” Diego Maradona out-jumped the 6’1” Peter Shilton and tapped the ball into the England net to make it 1-0 to Argentina. Yes, he cheated, but really, look at those heights. Shilton should’ve done better.

But Shilton could’ve been 10 feet tall and he still wouldn’t have had a chance to stop what happened next.

Having scored with the “Hand of God,” Maradona decided to rely on the boots of Diego, twisted around the entire England defence, left five players staring blankly, and made Shilton look foolish a second time to score the best goal of the century.

Gary Lineker pulled one back for the Three Lions, but it didn’t matter. This was Maradona’s day.

Considering they’ve only won the cup once, England have been involved in more than their fair share of great games. And what makes a truly great World Cup match?

Drama? Nothing is more dramatic than a sending off, and David Beckham delivered that with a cheeky backheel to Diego Simeone’s calf.

Or is it comedy? Like Kevin Keegan telling the world he was certain David Batty would score a penalty, seconds before the midfielder tapped it into the waiting arms of Carlos Roa.

To beat that, you need a really special match.

Some of these games are great because they’re closely fought. Some because one player does something diabolical – or magical. But the best World Cup match ever wasn’t closely fought. It was one-way traffic. It was a nightmare for the host nation, and absolutely gripping watching for the rest of the world.

Brazil were desperate to win the World Cup on home soil. They were favourites, they had home advantage, and they had the backing of nearly 60,000 people in the Estadio Mineirao.

What they didn’t have, was an answer to Germany’s total dominance.

The game was 5-0 to Germany within half an hour, and the night only got worse from there. The game finished 7-1 and sent a nation into shock. Brazil’s 62-game unbeaten streak at home? Gone. (Brazilian) Ronaldo’s record as the World Cup’s all time top scorer? Stolen away by Miroslav Klose. The pride of a nation? In the dirt.

A match so cataclysmic, that the Brazilians invented a word for it. Mineirazo. The agony of the Mineireao stadium. Now that’s a hammering.

Let’s hope there’ll be a game just as intense in Qatar. The people buying World Cup tickets are counting on it!