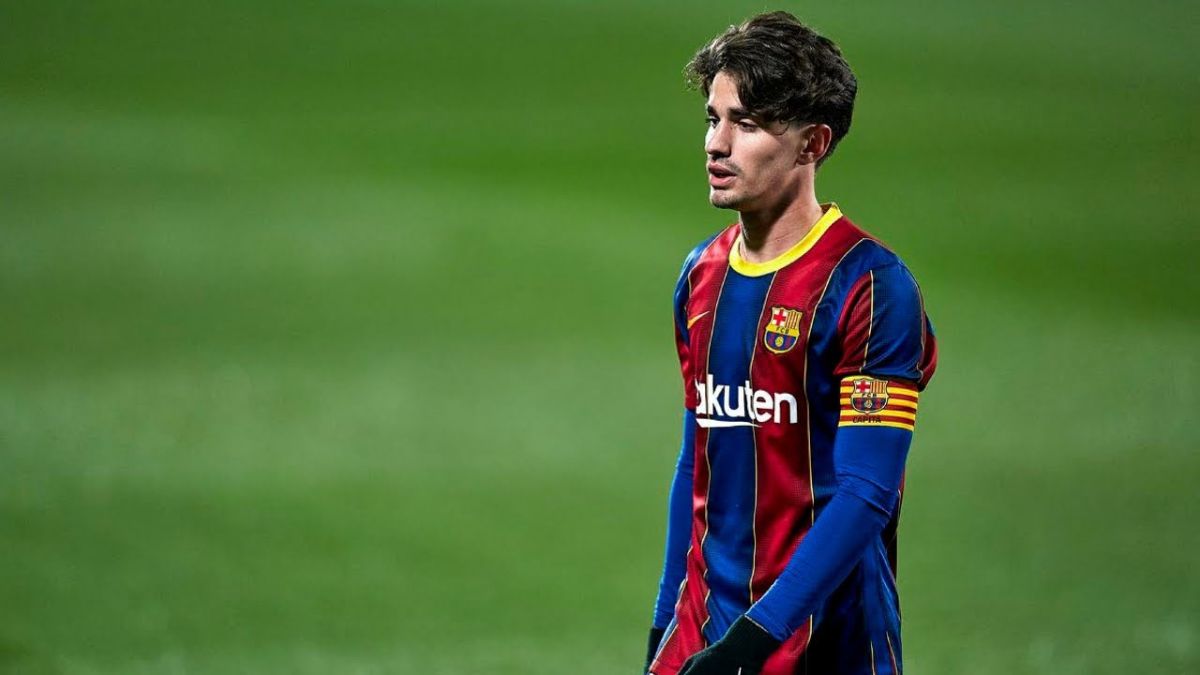 Former Barcelona B captain Alex Collado has told his coach Xavi that he wants to leave the club this summer. The Spanish Winger knows that he is surplus to the demands of his coach as all the attacking positions are stacked. The Spaniard was a sensation for Barcelona B in 2020/21 which saw him getting promoted to the first team. But no coach used Collado much , reasons for which are unknown.

Collado who is still very young needs game time to accelerate his career. The left-footed Winger knows that he will hardly have any minutes in the first team with Dembele and Raphinha, the preferred ones. Alex Collado agreed to extend his contract till 2024 but he does not have his place on the team. He has told Xavi that he wants to play time at some other club. The Spanish coach did not disagree and has given the green light to Collado to leave.

Barcelona are now working on departures. With the arrival of five new first-team players, the club now wants to accelerate the exits of unwanted players at the club. Riqui Puig, Oscar Mingueza , Neto have already left. Martin Braithwaite is also set to leave with his contract most likely terminated. Memphis Depay and Frenkie De Jong remain optimistic to stay but might leave in the next few weeks. Barcelona will need to register their new signings as soon as possible.

What will Barcelona Miss if Collado Leaves ?

Alex Collado is one of the players that Xavi is really fond of. The Winger possesses brilliant technical skills with great passing and dribbling. He was one of the best players for Barcelona B in 2021. If not for Dembele and Raphinha, Collado could have stayed at thrived at the club. But now he is likely to be a reserve player. Barcelona would not be willing to sell Collado permanently as per reports. The club would only be willing to negotiate a loan deal.

Barcelona recently have missed out on a lot of talented players. Francisco Trincao, Malcom, and now Collado, all have been deemed surplus and not been at their best. Trincao is on loan at Wolves while Malcom plays for Zenit. Collado has been a Barca player for a long time. The Winger is a La Masia product but did not gel into the team like the others. It will be interesting to see how Barcelona manages Collado’s future.