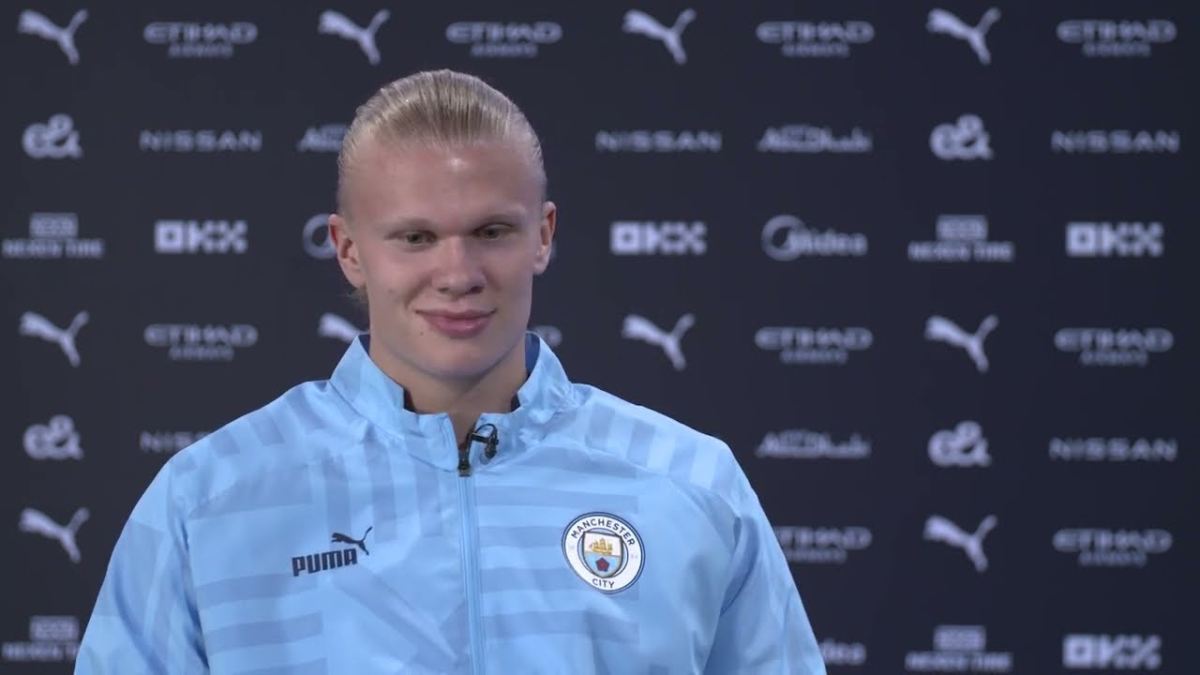 Bayern Munich CEO Oliver Kahn was interviewed ahead of the season’s first Der Klassiker. The legendary German Goalkeeper appeared in an exclusive interview with Sport Bild. Kahn was questioned about his general consensus around Haaland.

“We don’t need to discuss Haaland’s quality. What I also like about him is his mentality. Haaland is a typical striker who goes onto the pitch with only one thought: I want to score goals.”

“This also distinguishes Robert Lewandowski. Strikers like the two only see their happiness in that. Now he has 14 goals in eight league games with Manchester City. He’s in top form.”

Bayern Munich CEO responds to Haaland in the Premier League

Oliver Kahn was also questioned about Bayern’s interest in Haaland in the summer. Bayern’s interest ultimately fell through as Erling Haaland transferred from BVB to Manchester City for 60 million euros. He responded in the following manner.

“When I think about the topic of Haaland, I have to think about the discrepancy between the Bundesliga and the Premier League. It’s not just about the difference in TV revenue, but also that Manchester City is a club backed by investors who have exorbitant opportunities, If we want to keep up, we as a club, but also as the Bundesliga as a whole, have to give it a lot of thought. But that’s exactly what we’re already doing.”

Bayern Munich lost their talismanic striker Robert Lewandowski to Barcelona in the summer. The club board decided against signing a replacement for him. Instead, coach Julian Nagelsmann has switched to a 4-2-2-2. The new formation has displayed a fluid brand of football without the need for a pure number nine. The attackers often switch positions and rely on quick passing to unlock defences. The formation has also enabled Sadio Mane to slot perfectly into the team.