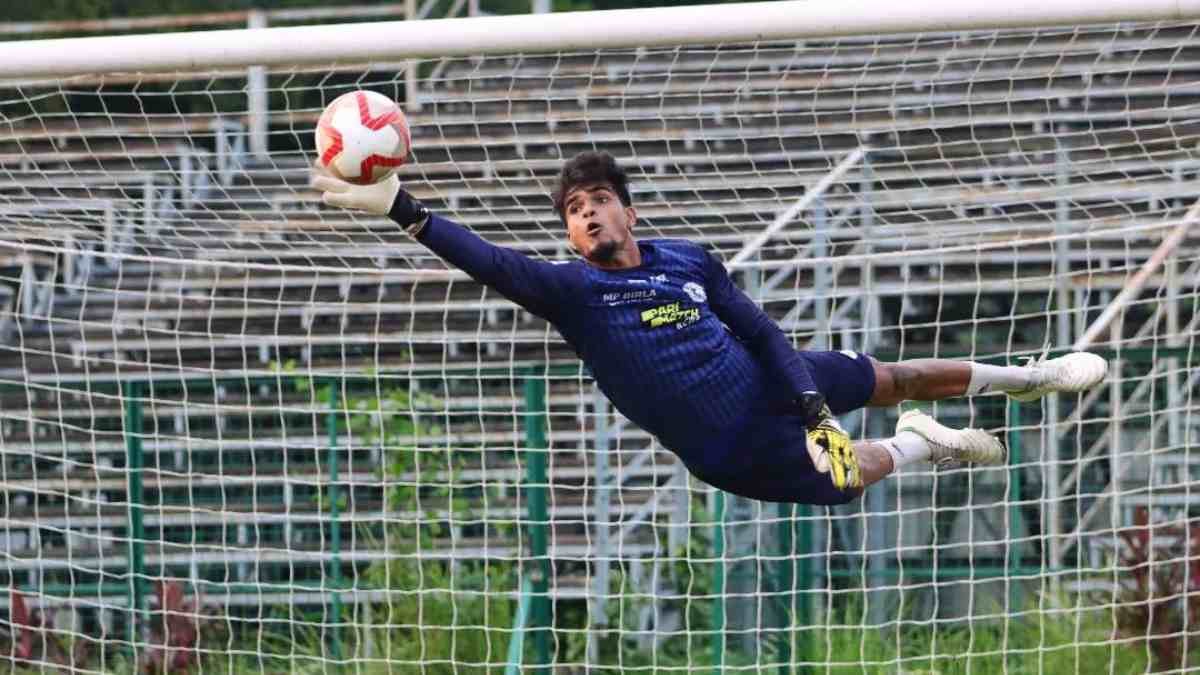 The 25-year old ATK academy product, who has signed for ATK Mohun Bagan FC, opens up to Football Express ahead of the Hero ISL Season 2022-23.

Debnath Mondal is a bright prospect who played recently in the Hero I-League 2022 for Churchill Brothers FC and has made some outstanding saves. He is looking to don the Green and Maroon Jersey for the Hero ISL season 2022-23.

In an exclusive interview with Football Express, Debnath discussed his professional career at the ATK Mohun Bagan FC. He also shared his views regarding his future & his experience working for Churchill Brothers FC.

What is your take on ATK Mohun Bagan Management and Coaching Staff?

People refer to you as the next ‘Shilton Paul’. What’s your take on that?

“Obviously if I get such comments I feel very inspired and I feel very good. And for two years I was with him in the same team and did spent a very long time with him and I saw him from very close, so if people compare me with a legend like him I feel very good. But I can say that i will not be the next ‘Shilton Paul’. I will try to keep on my place.“

Who was your inspiration when you were a child?

“During my childhood days, like when I was 12 or 13 years old, I used to like Shilton Paul very much. But after a few days when I started understanding what football is, from then, if you call an inspiration, it is Subrata Paul.“

In your previous two seasons you shared the dressing room with ‘Shilton Paul’, so what was your experience?

“Obviously as you said that we shared the dressing room over the past two seasons and not only the dressing room but also he was my roommate when we were in the bio-bubble during the Covid times. So, I have many beautiful memories with him which is a different type of thing for me. Firstly, there was a situation that he is such a senior player, how can I share the room with him but he is really a very nice person. He guided me very well on the field and off the field, he helped me in all ways possible. He also shared some important tips with me which are very useful and no doubt working with him was a very lovely experience and also we had a lot of fun.“

Previously you played for ATK Reserves, there you were the teammate of ‘Avilash Paul’, who is your teammate in ATK Mohun Bagan, how do you share the bonding with him and also the other players?

“At that time Avilash Paul used to play for the senior team of ATK and that time in the Durand he had to play for our reserve team. So, not only I know him from then, but I know him from much before, when I was small and at that time Avilash da also helped me from my grassroot level, where I used to practice in a camp. He was my senior there. So he is a senior to me but our way is same. So he used to give me very useful tips from much before and also now we have a great bonding and also with other teammates, we have a great bonding.“

How do you feel to play for ATK Mohun Bagan?

“Obviously, what to say, to play for teams like Mohun Bagan and East Bengal, all Bengali players want to play for these two clubs and I also am a part of this Mohun Bagan team, it is like a dream come true moment for me and I have very happy to play for my team.“

How difficult it is for you to make it to the first 11?

“Obviously there is a healthy competition to make it to the First 11. There are keepers like Vishal Kaith, Arsh, Avilash da. Yes there is a competition, which helps ourselves to improve. And to me coming to the playing 11 is less important than the team getting result and the team gets the result when we all will become of the same mentality. So, I do feel that the team getting the result is more important and when the coach will think that I can help the team, if he gives me a chance, obviously I will give my 100 percent.“

We all know that how difficult it is for a goalkeeper to make his mark on the field. But Debnath is learning a lot of things and is loving his job. He has come a lot way up from the grassroot level of ATK Academy and is still improving himself. Football Express Team wishes him all the best for his upcoming season.