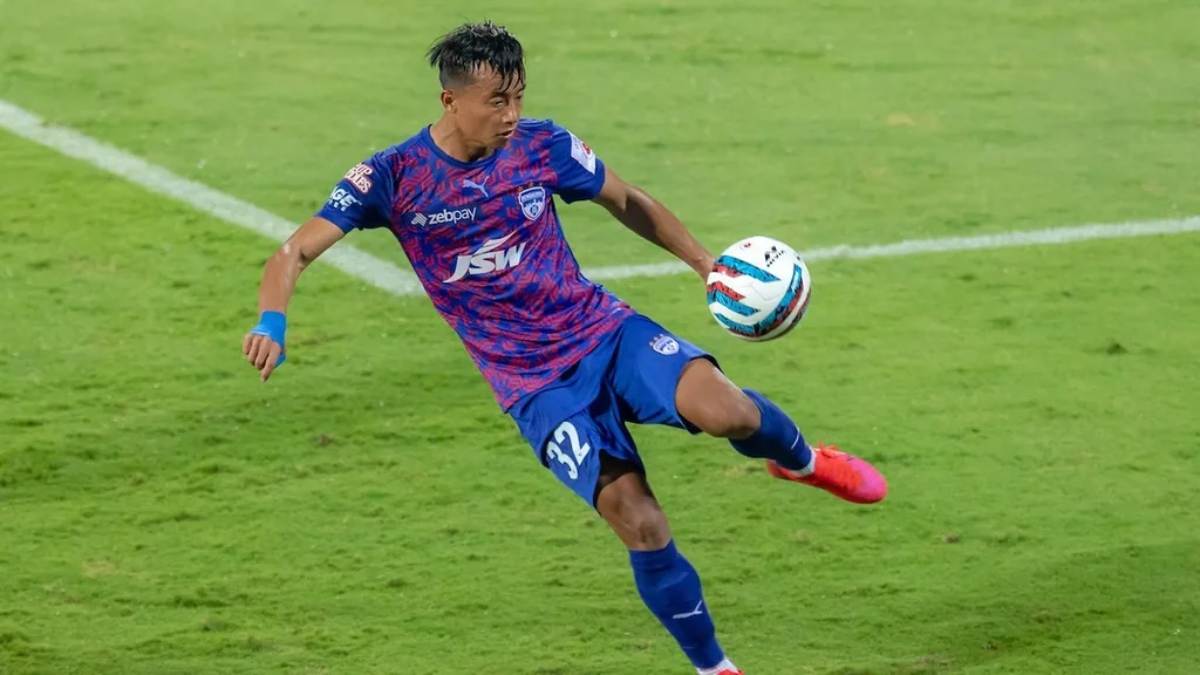 He was a product of AIFF Elite Academy and in his U-18 days, he signed for Bengaluru FC.

In India, there are many young wing backs who are coming up with the likes of Hira Mondal, Prabir Das, Akash Mishra, Ashish Rai, Naorem Roshan Singh, Sanjeev Stalin, Jessel Carneiro and many others.

Among these all, we find Naorem Roshan Singh to be one of the most talented and the future prospective of Indian Football. He is a young gun with just 23 years of age. His rise in the Blue Tracks is just remarkable. He played for the B team of Bengaluru FC where he scored 7 goals in 26 matches.

Under Naushad Moosa, he showed glimpses of what he can do in 4-4-2 formation down the left flanks in the 2020-21 season. He was just fire under head coach Marco Pezzaiouli in the AFC 2021 and then after Ashique Kuruniyan’s injury against Odisha FC, he just cemented his place in the first XI.

He is a wing back with a lot of pace and energy. He is also called the set-piece specialist as he can send witty deliveries inside the box from both the flanks. He is also a player with a lot of skills and moves.

Naorem is comfortable to send crosses with both his feet and his corners from both the sides of the goal post are just awesome. He is also a player who can be called as the free-kick specialist. His free-kicks are also just awesome.

All over, we can say that Roshan Naorem is one of the future prospective of Indian Football and if nurtured properly & can work wonders with his feet.